A decline in banks led to UK’s FTSE 100 gaining only 0.2%, while lender heavy indices of Spain and Italy lagged. JPMorgan kicked off third quarter earnings in the United States with earnings trumping expectations, but its shares and the broader banking sector there fell. [.N][.L]

Europe’s most valuable tech company SAP rose almost 4% after it raised its full-year outlook for a third time following a strong quarterly showing as more customers shift their IT operations to the cloud.

French luxury goods maker LVMH added 3.2% as sales at its fashion and leather goods division rose strongly in the third quarter but overall revenue growth in Asia and the United States eased after a stellar first-half performance.

Meanwhile, inflation data from the United States showed a solid rise in September, keeping the Federal Reserve on track to start tapering in November. U.S. federal funds futures priced in an interest rate hike by September, 2022 after the data.

Worries about central banks exiting their pandemic-era stimulus, a global energy crunch and signs of elevated prices have all dampened the outlook for economic recovery, with the STOXX 600 cutting monthly gains to trade up about 1% after stumbling 3.4% in September.

Third-quarter profit for STOXX 600 companies is seen rising 46.7%, as per Refinitiv IBES data, after a 152.6% jump in the previous quarter, with energy and industrial companies driving the biggest gains.

Apple Inc suppliers including STMicroelectronics and AMS slipped after Bloomberg reported that iPhone 13 production is likely to be slashed.

Britain’s biggest housebuilder Barratt Developments added 6.3% after it said that forward sales for the past three months had risen above pre-pandemic levels.

(Reporting by Sruthi Shankar and Anisha Sircar in Bengaluru; Editing by Sriraj Kalluvila and Ed Osmond) 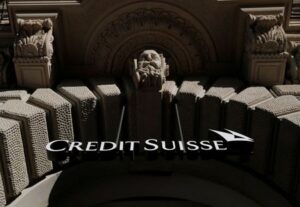 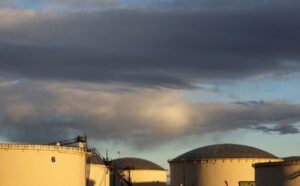 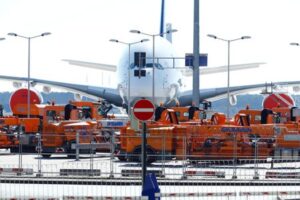