Johnson has described the changes he is seeking as “relatively trivial” and ministers insist the move does not break international law, but the EU has started legal proceedings against Britain over its plans.

“While a negotiated outcome remains our preference – the EU must accept changes to the Protocol itself,” Foreign Secretary Liz Truss said on Twitter after the vote.

Asked if the changes set out in the new bill could be implemented this year, Johnson told broadcasters: “Yes, I think we could do it very fast, parliament willing”.

Johnson’s predecessor, Theresa May, was one of several from his Conservative Party to criticise their leader.

“This bill is not, in my view, legal in international law, it will not achieve its aims and it will diminish the standing of the United Kingdom in the eyes of the world, and I cannot support it,” she said.

Ahead of the vote, Irish Foreign Minister Simon Coveney said the bill would not lead to a sustainable solution and would only add to uncertainty in Northern Ireland.

“I am hugely disappointed that the British government is continuing to pursue its unlawful unilateral approach on the Protocol on Northern Ireland,” he said in a statement.

Johnson has a majority to push the law through the House of Commons, though the vocal group of rebels will add to concerns about his authority following his survival in a confidence vote on June 6 and the embarrassing loss of two parliamentary seats on Friday.

The bill will face a bigger challenge when it eventually moves to the upper house, the unelected House of Lords, where the government doesn’t have a majority and many peers have expressed concern about it. 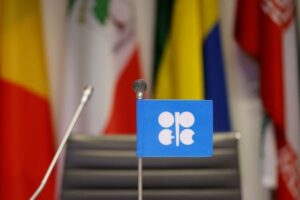 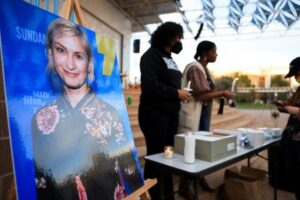