With the Fed signaling last Wednesday that high interest rates could last through 2023, the S&P 500 has relinquished the last of its gains made in a summer rally.

“Investors are just throwing in the towel,” said Jake Dollarhide, Chief Executive Officer of Longbow Asset Management in Tulsa, Oklahoma. “It’s the uncertainty about the high-water mark for the Fed funds rate. Is it 4.6%, is it 5%? Is it sometime in 2023?”

Confidence among stock traders was also shaken by dramatic moves in the global foreign exchange market as sterling hit an all-time low on worries that the new British government’s fiscal plan released Friday threatened to stretch the country’s finances. [MKTS/GLOB]

That added an extra layer of volatility to markets, where investors are worried about a global recession amid decades-high inflation. The CBOE Volatility index, hovered near three-month highs.

Volume on U.S. exchanges was 11.9 billion shares, compared with the 11.2 billion average for the full session over the last 20 trading days.

Declining issues outnumbered advancing ones on the NYSE by a 5.37-to-1 ratio; on Nasdaq, a 2.31-to-1 ratio favored decliners. 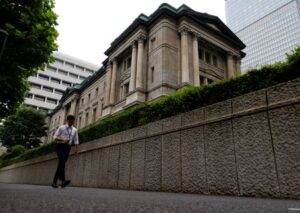 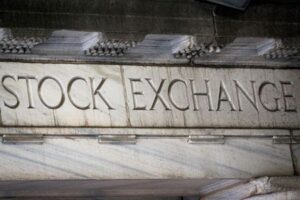 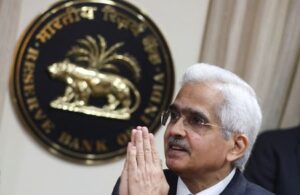